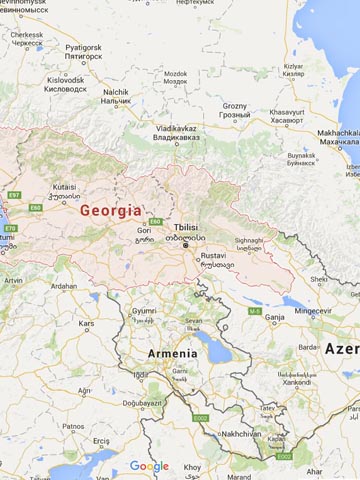 Georgia is a country located on the junction of Eastern Europe and West Asia, and generally considered to be part of Europe. Nestled between the Greater Caucasus and Lesser Caucasus mountain ranges, it is bounded to the west by the Black Sea, to the north and northeast by Russia, to the south by Turkey and Armenia, and to the southeast by Azerbaijan. The capital and largest city is Tbilisi. Georgia is a unitary, semi-presidential republic, with the government elected through a representative democracy.

During classical antiquity, several independent kingdoms became established in what is now Georgia. The most prominent of these Georgian precursor states, Colchis in the west and Iberia in the east, adopted Christianity as their state religion in the early 4th century. Following a complex period of nation building, a unified Kingdom of Georgia reached the peak of its political and economic strength during the reign of King David IV and Queen Tamar from the 11th to 13th centuries. In the early modern period, Georgia became fractured and fell into decline due to the onslaught of various hostile empires, including the Mongols, the Ottoman Empire, and Persia. In 1783, Eastern Georgia forged an alliance with the Russian Empire, which led to the gradual annexation of Georgia by Russia starting in 1801.

Following the Russian collapse in 1917, Georgia established its first-ever republic under German and British protection, but was subsequently invaded by Bolshevik Russia and absorbed into the Soviet Union. After restoring its independence once again in 1991, post-communist Georgia suffered from civil and economic crisis for most of the 1990s. This lasted until the peaceful Rose Revolution, when Georgia pursued a strongly pro-Western foreign policy, introducing a series of democratic and economic reforms aimed at NATO and European integration. The country's Western orientation soon led to the worsening of relations with Russia, culminating in the Russo-Georgian War of 2008. To this day, Georgia contains two de facto independent regions, Abkhazia and South Ossetia, which receive Russian support but are viewed by most of the international community as Georgian sovereign territories under Russian military occupation.

Georgia is a member of the Council of Europe, OSCE and Eurocontrol; since 2014, it is also part of the European Union's Free Trade Area. As a developing economy, Georgia has achieved significant progress in recent years, "moving from a near-failed state in 2003 to a relatively well-functioning market economy in 2014". In 2007, the World Bank named Georgia the World's number one economic reformer, and has consistently ranked the country at the top of its ease of doing business index. According to Transparency International's 2015 report, Georgia is the least corrupt country in the Black Sea region, including all of its immediate neighbors, as well as nearby EU states. With a mixed news media environment, Georgia is also the only country in its immediate neighborhood where the press is not deemed unfree. 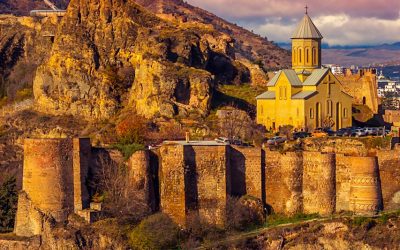